Synopsis:
Patients at a posh Boca Raton rehab center are ending up stiffer than a Boca babe’s smile. Tough PI Harriet Horowitz, once a bedazzled babe herself, signs in at The Oasis at the request of a frightened friend.
As a pattern emerges in the murders, it’s clear the killer is targeting patients with an unusual addiction. How did they end up with the same drug problem at the same time and in the same rehab together? Harriet’s sleuthing leads her down a path of secrets and danger, and what she learns could lead her undercover assignment to a dead end.

Review:
Dirty Harriet travels to the Boca Raton rehab center to calm her friend Gitta down and leave. No big deal until they happen on a dead body. Three dead bodies, all teens in foster care, are more than a coincidence and Gitta convinces Harriet to stay and solve the murders. Harriet' "inner vigilante" takes over and she goes undercover.

The author provides an inside view of a fictitious rehab program complete with finger painting, discussions of Pavlovian conditioning, high end fashion at the no drug/no alcohol club night, gourmet food, and attentive but firm staff. But what is the common factor across the teens other than that they are in foster care, go to the same school, and love to read?  And then there's the Shrimp Pimp who manages a drug and sex ring in the rehab facility - what's her involvement with the murders? With many tricks and friends in high places, Dirty Harriet is one step ahead of the police.

Dirty Harriet (or Hailey undercover) has a few demons of her own, complete with flashbacks that provide some backstory. Then there's Lana and Slick. She's also about to turn 40 and hopes to move to the next stage in her relationship with Lior (and things do get steamy until interrupted). The fourth in a series, it can be read alone, but I suspect some aspects make more sense if you've read the first three.  As you'll see below all the books are on sale for the rest of the month! 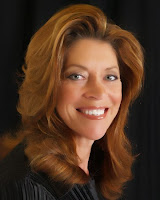 Miriam Auerbach is the author of a satirical mystery series set in Boca Raton, Florida and featuring Harley-riding, wisecracking female private eye Harriet Horowitz. Her debut novel, Dirty Harriet, won the Romantic Times Reviewers’ Choice Award for Best First Series Romance. Miriam can only assume that this is because the heroine kills her husband on page one. In a parallel universe, Miriam is known as Miriam Potocky, professor of social work at Florida International University in Miami. She lives in South Florida with her husband and their multicultural canines, a Welsh Corgi and a Brussels Griffon.

GIVEAWAY!  2 copies of the book – format winner’s choice – print U.S. only - will be given away! Random drawing from those who leave comments on this blog! Winners will be announced at the end of the Blog Tour on May 31st.