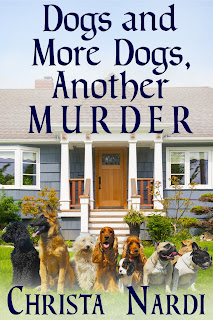 An abandoned house, an abundance of dogs. And a dead body or two.

Sheridan Hendley’s volunteer position at Pets and Paws takes a new turn when more than twenty malnourished dogs are found at a rundown house on the outskirts of town. When the body of an elderly woman is found amidst mountains of clutter in the house, a search of the property leads to startling revelations. And another body. While Herman Stoneham’s death is deemed natural causes, his wife’s is not. Where did all the dogs come from and who’s responsible for Justine’s untimely death? Are the two connected? With dogs and murder at stake, Sheridan can't help but get involved in the investigation.