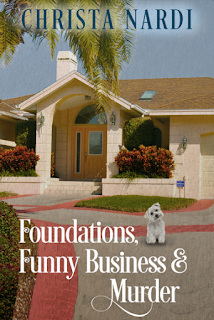 The best of intentions shouldn't include murder.

An HR specialist and trauma counselor, Stacie is on the board of a fledgling non-profit foundation set up to benefit victims of domestic violence. After a slashed tire, attempted break in, and a murder, Stacie isn’t buying coincidental bad karma. Someone wants her off the board - at any cost. Her fancy surveillance equipment, impressive alarm system, and a ferocious Maltese dog offer only so much protection. Enter Kevin McNair, a smooth talker with piercing blue eyes. Can she trust him with her heart or her life?