When a young girl is found dead of a botched abortion in the swimming hole of a small, rural amusement park Roy Martin, the new Sheriff of Laurel County, takes it in stride. But the next day, after barely escaping death when someone fires four rounds of buckshot into his oncoming patrol car, Roy realizes this case is not only dangerous, it’s personal. 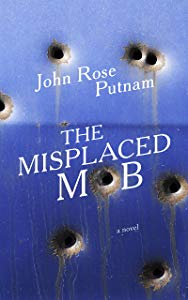 Roy Martin leaves the big city of New York to be the new Sheriff of small town Laurel Country, the same job his father had years before. The previous Sheriff was supposed to train him, but he died before Roy arrived. An accident, just days after a young girl was found dead in the swimming hole.

History repeats itself, and Roy can't help but think it is somehow related to his father's death, the mob, and bootlegging. Especially now that he seems to be a target. The hardest part is that he doesn't know his officers or his bosses well enough. He has to trust his instincts and the female dispatcher, one very green patrol officer, and an ex-Chicago Detective, and hope no one gets hurt.

With the 1950s perspective and many twists and turns, following Roy's reasoning and strategies made for a fun read. I liked Roy and his attitude, his perseverance. He pushed the limits and spoke his mind, but not to the point of being reckless. A well-written and well-paced story of the 1950s. It's not clear if this is the beginning of a series or a stand-alone mystery. I'm hoping there's more of Roy to come.


John came west as a young man and settled in Berkeley where he graduated from the University of California. He still lives and writes there and often gives a talk on the California gold rush to the gang at the Freight and Salvage.
Posted by Christa Nardi at 12:00 AM