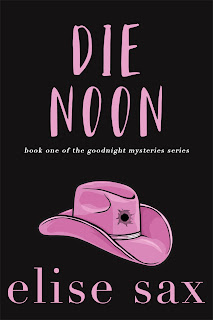 Matilda Dare can’t sleep. Her insomnia is one more reason to move to the quirky small town of  Goodnight, New Mexico after she inherits a house, a small newspaper, and two old dogs there. But despite the Goodnight name, Matilda still spends her nights wide awake, and she has good reason after a reporter is murdered. With a mystery to solve, she begins to investigate the town and uncovers more suspects than she knows what to do with. Meanwhile, the hottie cowboy sheriff is doing his own investigation into Matilda, and the mysterious, handsome stranger, who just happens to live with her, is showing up in all the wrong places. As her investigation continues, danger increases, and it might end up spelling lights out for Matilda.

Die Noon is the first installment in the hilarious, romantic Goodnight Mysteries series and a spinoff of the Matchmaker Mysteries. Goodnight…Sometimes sweet dreams end in murder.

“Sax will make you laugh. Her larger-than-life characters jump off the page and make crazy seem like a fun place to hang out.”—New York Times bestselling author Christie Craig

“Fans of laugh-out-loud romantic suspense will enjoy this new author as she joins the ranks of Janet Evanovich, Katie MacAllister, and Jennifer Crusie.”—Booklist, on An Affair to Dismember

“A lighthearted and amusing caper with a sexy side order of romance .
. . Gladie is an endearing mess of a character, and the book is
fast-paced and amusing, with a large cast of quirky, small-town
characters.”—Kirkus Reviews, on Matchpoint

“There’s plenty for fans to enjoy in Sax’s third Matchmaker
installment, complete with energetic narration, zany humor and a mystery
that’s as engaging as the details of Gladie’s love life.”—RT Book
Reviews, on Love Game

“They can’t get me,” he told me with earnest glee, as he pushed the button for more morphine. “I’m immortal. Do you know why?”
“No. Why?” I asked.


“Because I’m the press, baby. I’m the First Amendment. I’m democracy and all that’s the best of this wonderful and terrible country of ours. Do you understand?”


No, I didn’t understand at all. One man was dead, and another almost killed. I wasn’t sure that a water rights story involving frackers was


“And that means that you’re immortal, too, boss. You get me?


“Yes,” I breathed. My pulse began to race, and my breathing grew ragged. I wanted to find that out more than anything. It was like a disease, like a crack addiction, but with me it was simple curiosity. And a matter of justice, too.


Oh my God, Silas was contagious. I had been bitten by the justice bug. I had whodunititis. 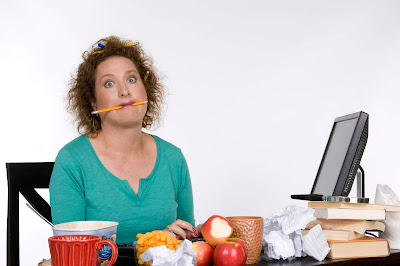 Elise Sax writes hilarious happy endings. She worked as a journalist, mostly in Paris, France for many years but always wanted to write fiction. Finally, she decided to go for her dream and write a novel. She was thrilled when An Affair to Dismember, the first in the Matchmaker Mysteries series, was sold at auction.

Elise is an overwhelmed single mother of two boys in Southern California. She’s an avid traveler, a swing dancer, an occasional piano player, and an online shopping junkie.

Friend her on Facebook: facebook.com/ei.sax.9
Send her an email: elisesax@gmail.com
You can also visit her website: elisesax.com
And sign up for her newsletter to know about new releases and sales: elisesax.com/mailing-list.php

Visit us at Pump Up Your Book!