It’s the 1950’s in Santa Lucia, California, and the height of the social season. Time for the new Miss Santa Lucia, Nora Burbank, to display her loveliness at a high society fashion show produced by the city’s own fashionistas–Margot and Daphne, owners of Poppy Cove, the most elegant and “in” little dress shop in the county.

Nora steals the show in her designer gown and custom-made necklace created by local jeweler Isaac Mendelson, and used on the sly by his apprentice son-in-law, Efrem Goldberg. At the conclusion of the show, the young queen is allowed to keep her dress and a replica of the necklace for her own. But Monday morning, Efrem arrives in a panic at Poppy Cove to beg Margot and Daphne’s assistance in tracking down the real necklace, which he believes was inadvertently switched for the replica backstage. The girls get involved in Efrem’s dilemma and try to help him before Isaac’s any the wiser. But before that can happen, Miss Santa Lucia is found dead in her bed and the necklace is missing.

Who killed Nora Burbank? Is it someone jealous of her new royal position and all of its perks? Or did she just happen to be in the way when a thief attempted to steal her diamond-studded necklace? Did Nora have the real or the fake necklace, and how much did the thief and murderer know about it? But, of course, before the girls can find the killer, they’ll have to create several beautiful ensembles, calm numerous irate clients, and flirt with their ever-so-attentive boyfriends, before solving this mystery.

Review
Margot and Daphne work together at Poppy Cove to custom design and accessorize high society, and Miss Santa Lucia and princesses. Other than a tiff between Nora, the reigning Miss Santa Lucia, and Mary Ann, one of the princesses, the event goes well and everyone is impressed with the Poppy Cove creations. In an effort to build up the jewelry business, Efrem loaned a very pricey diamond necklace to go with the custom designed gown that stirs up some interest by many in attendance. After the formalities, he trades Nora the real one for a paste one. Only somehow he ends up with the paste one and Nora ends up dead.

There are numerous possible suspects that Margot and Daphne consider, despite Margot's beau, Tom, the police detective, admonishing them to stay out of it. The friendships, the work relationships, and the romancing add to the story and pull the reader in. From the crinolines to the reference to Tabu as the perfume to encourage moving things forward for Daphne and Dan, the references to the fifties set the stage for the events that occur. The story is well written and entertaining; it was easy to be drawn in. Those interested in fifties fashion and design will love the descriptions of the dresses and ensembles. This is the second in the series, but can be read as a stand alone. The few references to a previous murder have me curious though, so I will be adding STRANGLED IN SILK to my TBR list.

Barbara Jean Coast is the pen name of authors Andrea Taylor and Heather Shkuratoff, both of whom reside in Kelowna, BC, Canada. Barbara Jean, however, is a resident of Santa Lucia, California (eerily similar to Santa Barbara), where she enjoys long lunches, cocktail parties, fancy dinner dates with attractive and attentive gentlemen. Her interests include Alfred Hitchcock movies, reading Carolyn Keene, music by popular musicians, such Frank Sinatra and Tony Bennett, shopping for new dresses, attending society events and always looking fabulous in kitten heels. DEATH OF A BEAUTY QUEEN is her second novel in the Poppy Cove Mystery Series. 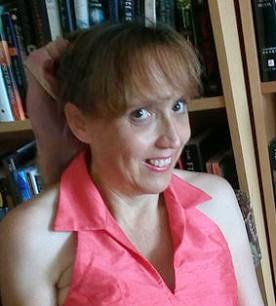 Andrea always imagined herself being a supersleuth girl detective and writing adventurous stories, full of mystery and intrigue since she was old enough to hold a pencil. She resides in Kelowna, BC, Canada, where she writes under the pen name of Barbara Jean Coast with her co-author friend, Heather Shkuratoff, and travels often to California to further develop the stories and escapades of the Poppy Cove Mystery Series. Andrea has also published freelance articles about fashion, current events, and childcare, and is currently blogging on WordPress about creativity and poetry, as well as researching for her own literary novels. 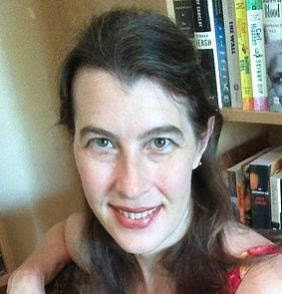 As an avid mystery reader, Heather joined lifelong friend Andrea Taylor to create the Poppy Cove Mystery Series, written under the pen name of Barbara Jean Coast. Growing up in a family of talented crafters and sewers, Heather developed her own skills to become a dressmaker and designer, which helps to give rich detail and character to their stories. She lives in Kelowna, BC, Canada, but spends much time in California, researching for the novels and doing her best to live like Barbara Jean.

Smashwords: Smashwords – Death of a Beauty Queen – a book by Barbara Jean Coast