Aggie vacations with Sam and Meredith at a Texas Hill Country dude ranch with plans to advise her column readers how to stay young and fresh in summer. Except for wranglers, dudes, heat, snakes and poison ivy, what could go wrong?

When an expert rider is thrown from a horse and lies in a coma, Aggie is convinced somebody caused the fall. Despite Sam’s warnings, Aggie is determined to expose the assailant. She concocts ingenious sleuthing methods that strain their dicey relationship as she probes secrets of the ranch and its inhabitants. After she scatters a hornet’s nest of cowboys, she discovers more than one hombre in the bunch would like to slit her throat.

In this second of the Aggie Mundeen series, Aggie, her friend Meredith, and police detective, friend and hopefully more, Sam, go to a dude ranch in the hill country for some fresh air and relaxation. Aggie hopes that the time away from the job will help Sam relax and perhaps forgive her for what he perceives her meddling in police business, or at least get over his irritation with her. Bertha has been trying to make go of the dude ranch since she inherited it, but the going is hard, and some of the happenings amongst the wranglers, the River Rat, and the clown aren't helping. It seems more than one person may not want Bertha to succeed including her cousin. The various guests, poison ivy, frozen snakes, and bobcats add to the tale.

The characters are well-developed and unique, as is the context and plot line. West combines humor and mystery to create an entertaining story. Having read FIT TO BE DEAD, I enjoyed reading more of Aggie and her attempts to show Sam that she can help him with her sleuthing. At the same time, DANG NEAR DEAD can easily be read as a stand-alone. I'm looking forward to SMART, BUT DEAD. 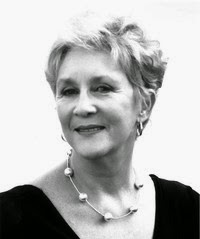 About the Author
I have been writing since age seven: poems back and forth with my mom. I had a real poem published in the Library Journal, Pegasus, at age fifteen. At eighteen, I wanted to study journalism and English literature, but friends who chose that college route were making minimum wage or selling lingerie. Being practical, I earned a business degree. After marriage and two children, I decided I HAD to study literature and write. I wrote non-fiction articles, a biography, and a suspense novel in 2004. That’s when whimsical Aggie Mundeen cut through the suspense, popped into my head and demanded her own series. The Aggie Mundeen mystery capers were born. Aggie must have been right: FIT TO BE DEAD is a LEFTY FINALIST 2013 for best humorous mystery, nominated by Left Coast Crime.

Chat with Aggie and Nancy on their blog: www.stayyoungwithaggie.wordress.com.