In the new Merry Muffin Mystery, baker Merry Wynter must solve a disturbing crime among opera singers before the culprit decides it’s curtains for her . . . 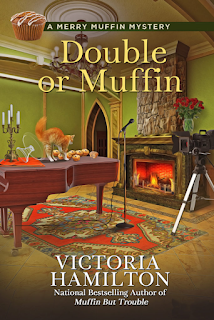 When a reality TV show for aspiring opera singers descends on Wynter Castle, Merry’s got her hands full catering to the endless demands of the distinguished judges and ambitious contestants. Then mysterious rumors about the cast and crew begin to surface, suggesting that some of their performances may be filled with false notes. When a dogged reporter with an eye for scandal who’s been covering the competition is attacked and left for dead, Merry’s determined to discover who orchestrated the heinous deed.
Her long list of suspects is filled with eccentric personalities, including a promiscuous tenor known for making unwanted overtures, a pampered young prodigy and her meddlesome mother, and a quiet up-and-comer whose shadowy uncle may have ties to the underworld. As the musical contest and Merry’s investigation near their finale, she’ll have to act fast to keep a conniving contestant from plotting out her final act . . .
About Victoria Hamilton

Victoria Hamilton is the bestselling author of several mystery series including the national bestselling Vintage Kitchen Mysteries and Merry Muffin Mysteries. She does, indeed, collect vintage kitchenware and bake muffins. She drinks tea and coffee on writing days, and wine other times. It doesn’t do to confuse days. She crochets (a little), paints (a little) and reads (a lot). A solitary being, she can be coaxed out of her writing cave for brownies and cat videos. 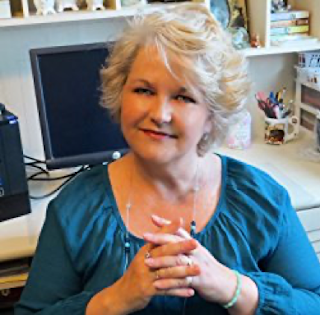 She started her writing life as Donna Lea Simpson, bestselling author of Regency Romances, paranormal historicals and historical mysteries, and still has a soft spot for the Regency period.

If you Google ‘Victoria Hamilton’, you will find listed first a famous actress who starred as the Queen Mother in the series The Crown and as Charlotte Brontë in ‘In Search of the Brontës’. That’s not the Victoria who writes mysteries.