At the Silver Bear Shop and Factory, Sasha will be selling plenty of bride and groom teddy bears come springtime. But this Valentine's Day weekend, she'd take any of those silent, stuffed couples over the real thing. Sasha and her sister Maddie are bridesmaids at Cissy Davidson’s upcoming wedding in Silver Hollow. Cissy is fuming over the worst choice of best man—the jerk who broke her sister Debbie's heart—and the groom-to-be won't budge in his decision. At the rehearsal dinner you could cut the tension with a wedding cake knife.
That is, until best man Dylan is found dead, impaled with an ice pick. Although jilted Debbie is the most likely suspect—the blood on her dress doesn't help her case—the bride begs Sasha to prove her sister's innocence. If anyone's going to walk down the aisle, Sasha will first need to find the cold-hearted killer who iced Dylan . . .
Review
Sasha and Maddie work hard in the family bear factory, with special bears, all made behind the showroom. It's the weekend of Valentine's Day and the Valentine's bears are a hit. With Cissy's wedding coming up, they're thinking of wedding bears as the next specialty bear. Sasha isn't sure why she agreed to be in the wedding party. Maddie is the one friends with Cissy, not her, and Cissy is the bridezilla of weddings. Honestly, I expected her to be the victim.
The wedding connects many of the characters, with all the bridesmaids and groomsmen. Adding to the tension, Cissy's sister, the maid of honor, has history with the best man, Dylan. In fact, not too many, other than the groom, Gus, seem to like Dylan. That makes it tricky, when he's murdered. Although not part of the wedding party, Sasha's ex also makes an appearance with his new bride-to-be.
The characters are well-developed and there are some surprises along the way, including a second murder. There's also a fundraiser to benefit research for brain cancer in children and teddy bears being used for child pornography - the ones made by a competitor.
All in all, this was an engaging read with interesting subplots and an interesting cast of characters. If you like cozy mysteries, you will enjoy this one. Although the fourth in the series, it's the first one I've read. It can be easily read as a stand alone.
FTC Disclosure: I received a complimentary copy of this book in the hopes that I would post an honest review. This has not affected the content of my review in any way.
About Meg Macy 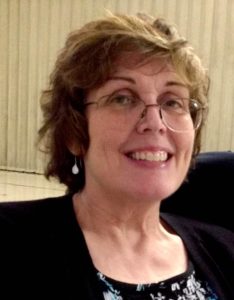