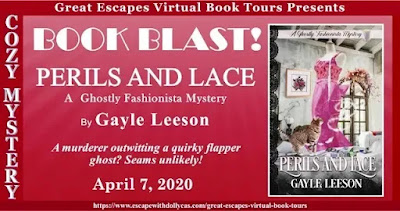 Budding retro fashion designer and entrepreneur Amanda Tucker is thrilled about making costumes for Winter Garden High School’s production of Beauty and the Beast. But when the play’s director Sandra Kelly is poisoned, Amanda realizes there’s a murderer in their midst. She’s determined to keep herself and the students safe, so when her ghostly fashionista friend Max suggests they investigate, Amanda rolls up her sleeves and prepares to follow the deadly pattern…

As Amanda Lee, she wrote the Embroidery Mystery series, and as Gayle Trent, she writes the Daphne Martin Cake Mystery series and the Myrtle Crumb Mystery series. Going forward, Gayle intends to keep her writing until the Gayle Leeson name. She has a series of women’s fiction novellas set in a shopping mall that has been converted to include micro-apartments (the Kinsey Falls series) and is enjoying writing the Ghostly Fashionista Mystery Series, the Down South Cafe series, and co-writing the Victoria Square series with Lorraine Bartlett. 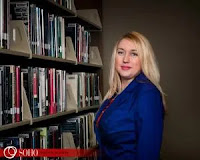