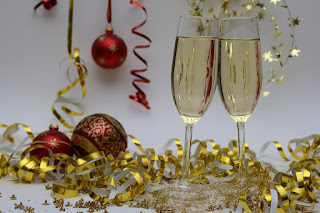 This time of the year is for looking back and looking ahead...  and 2016 had its ups and downs for sure.

On the upside - the writing side - the fourth in the Cold Creek Series - MURDER IN THE THEATER was finished and released!  The fifth is in process slowly but surely... planned release is late summer or early fall 2017!

Just as exciting, i joined forces with Cassidy Salem and we launched the Hannah and Tamar Mystery Series with THE MYSTERIOUS PACKAGE. More novella length and reminiscent of early Nancy Drew and Dana Girls, these are fun to write and Cassidy's a great co-author. The plan is to get at least two more of these by late summer or early fall - works in process so far.

2016 also brought increased interaction with many virtual friends and supporters through Facebook groups, Goodreads, and twitter.  Everyone is always helpful, gives suggestions, and answers questions as the complexities of indie publishing increase. One of these days I may get the chance to meet some of these folks in person!

I officially stopped making New Year's Resolutions many years ago, but it's hard not to think about the future.  With all the turmoil in the world, increasing numbers of people I know dealing with medical issues, for 2017, I hope I can:


And, yes, I'll throw in there the ever present eat better, exercise more and lose weight!  What about you?

Best wishes for a happy and healthy 2017!