Cover Reveal: A REFERENCE TO MURDER by Kym Roberts 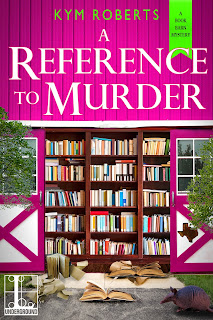 Charli Rae Warren is back home in Hazel Rock, Texas, spending her time reading, collecting, and selling books—at least, the ones that don’t get eaten first by her father’s pet armadillo. Running the family bookstore is a demanding job, but solving murders on the side can be flat out dangerous…

The Book Barn is more than just a shop, it’s a part of the community—and Charli is keeping busy with a fundraising auction and the big rodeo event that’s come to town. That includes dealing with the Texas-sized egos of some celebrity cowboys, including Dalton Hibbs, a blond, blue-eyed bull rider who gets overly rowdy one night with the local hairdresser . . . and soon afterward, disappears into thin air.

Dalton’s brother also vanished seven years ago—and Charli is thrown about whether Dalton is a villain or a victim. After a close call with an assailant wielding a branding iron (that plays havoc with her hair), and some strange vandalism on her property, she’s going to have to team up with the sheriff to untangle this mystery, before she gets gored . . . 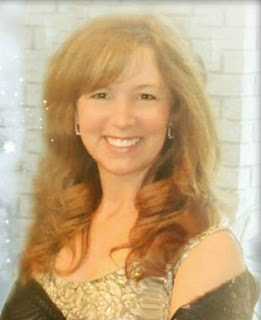 Three career paths resonated for Kym during her early childhood: a detective, an investigative reporter, and…a nun. Being a nun, however, dropped by the wayside when she became aware of boys—they were the spice of life she couldn’t deny. In high school her path was forged when she took her first job at a dry cleaners and met every cop in town, especially the lone female police officer in patrol. From that point on there was no stopping Kym’s pursuit of a career in law enforcement—even if she had to duct tape rolls of coins to her waist to meet the weight requirements to be hired. (Yes, she really did that!) Kym followed her dream and became a detective - that fulfilled her desire to be an investigative reporter, with one extra perk—a badge. Promoted to sergeant Kym spent the majority of her career in SVU. She retired from the job reluctantly when her husband drug her kicking and screaming to another state, but writing continued to call her name.


My Book Addiction and More

The Review From Here