Today I'm pleased to have Michele Lynn Seigfried - or actually Chelsey Alton, one of the main characters in MAJOR CRIMES - as my guest...

A Day in the Life of Chelsey Alton

Hi! I’m Chelsey Alton and I’m one of the main characters in cozy mystery novel, Major Crimes by Michele Lynn Seigfried. I’m a bit of a mess—especially with my love life. To give you an idea of how crazy my world is, here is a day in my life…

With all the hoopla in my life as of late, I shouldn’t have been surprised that I had forgotten to do something simple, like lock my door before I left. I pushed open the wooden door and peeked inside. A sinking feeling churned in my stomach. The TV was on and the crate that housed my German Shepherd, Snickers, was empty. I froze. Was someone in my house?

I shook off the fear. My parents had to be there. They kept a key to my place. I stepped inside. Snickers didn’t charge or bark at me like normal. Wait! Their car isn’t outside!

Fear prevented my legs from working. It was as if I was the leading lady in one of those cliché horror movies—you know, the kind where the dumb girl enters a house with a killer inside and searches it instead of running for her life. Here I was, the dumb girl, in the house with Charles Manson, Ted Bundy, or Bill Cosby. Where is Snickers?

Once my imaginary cement shoes disintegrated, I crept over to the couch. There was a baseball bat underneath. Once again, I thought about how stupid I was. Why did I go for the bat instead of running for my life? With my bat in hand and a dose of false bravado, I searched the house. Yup, that was me—the dumb girl. It was a little after one in the afternoon. What stupid criminal breaks in during the day when neighbors could see him? Or her for that matter!

Tiptoeing toward the kitchen, I heard a footstep. I plastered my back along the wall beside the kitchen entry and raised the bat, pretending to be Babe Ruth anticipating another home run.

A man stepped out of the kitchen. I swung the bat, aiming for his gonads. He caught it in his left hand. In his right hand was a glass of merlot. “Don’t you have anything better to drink around here?”

How he caught that bat and didn’t spill a drop of wine was beyond me. “What the heck are you doing in my house?”

Snickers sat in the corner of the kitchen watching us. He was calm and quiet. A rawhide chew toy rested between his paws. No wonder he was too occupied to greet me at the door. Stupid dog. My entire body trembled from the passing fear and rush of adrenaline.

“I came to see you. What’s with the bat, Chelsey? Are you itching for a game of softball?”

“You’re such a horse’s patoot.”

The man who had reduced me to a pile of nerves was Bryson Kelly. Bryce for short. A cop, former co-worker, and someone who once kissed me—though not someone you’d call a former significant other. At least my dog liked him.

Let’s just say that as the day went on, things only got worse. If you really want to know more, you’ll have to read the rest in Major Crimes. I guarantee that you will be entertained, because there’s never a dull moment in my life!

SYNOPSIS:
Buckle up for hours of laughter, romance, and excitement with this Jersey Shore Mystery. When handsome detective, Bryce Kelly, is accused of a crime he didn’t commit, he finds himself on the run and in hiding. Can amateur sleuth, Chelsey Alton, and a few quirky friends help him find the real killer and prove his innocence before it’s too late? If you love mysteries, don’t miss this humorous whodunit! 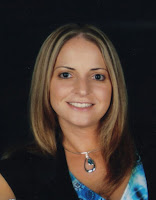 ABOUT THE AUTHOR:
Michele Lynn Seigfried is the author of humorous, cozy mystery novels and a children’s picture book author/illustrator.

Michele was born and raised in New Jersey. In her mystery novels, she draws from her personal expertise in the area of municipal government, in which she has served for over 17 years in two different municipalities.

In combining her love of writing with art, Michele began writing and illustrating children’s picture books in 2013. She has won several awards for her novels.


a Rafflecopter giveaway
Posted by Christa Nardi at 12:00 AM