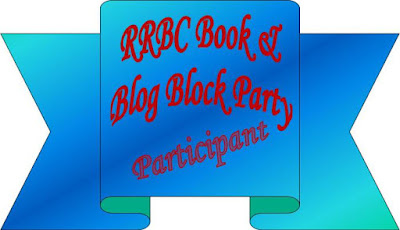 Welcome to my stop as part of the month-long RRBC Book & Blog Block Party.

As part of the festivities, leave a comment on this blog today and be automatically entered for a chances to win an e-copy of MURDER AT COLD CREEK COLLEGE or MURDER IN THE ARBORETUM.  Winners will get to choose which they prefer to receive. There will be 4 winners on this blog stop! Winners will be announced here tomorrow!

But that's not all, RRBC is offering great prizes to visitors on participating blogs. Simply leave a comment. The more blogs you visit and comment on, the better your chances of winning. Winners will be announced by RRBC in October.
For the complete tour lineup and details, click here﻿.


Most times, the posts on the blog are about other authors and books, often as a stop in various blog tours (feel free to check out the other posts listed on the right), but today the topic is my current mystery series:

So what can I tell you about the Cold Creek Mystery Series?  Let's start with the location.  You won't find Cold Creek, VA on any map.  Cold Creek is a fictitious town, nestled between Roanoke and Richmond. It's your typical small town where everyone knows everybody's business or at least they think they do. The rich live on the side of town with the country club, and the less wealthy live in smaller neighborhoods. Needless to say, there are tensions between the upper class and the working class.

Cold Creek is home to Cold Creek College, a private four-year college that primarily caters to local families with money.  There are some scholarship students and tension among them. The college, like any other work place has its own problems and personalities. These personalities are reflected in the characters of the series, and surrounding the murder of a faculty member.


What about the characters? Who is who?


Sheridan Hendley is the female protagonist, a professor and psychologist, and unintentional sleuth. Originally from Delaware, she came to Cold Creek to start over when her marriage ended. She's a strong, smart female, independent, or at least she'd like to think so. She's middle-aged, enjoys teaching, and likes to solve puzzles. She's also in charge of the campus crisis plan and that puts her in the middle of things. In her personal life, she has a sheltie named Charlie, likes to run, and hasn't had the best of luck with online dating or with the local dentist. Can helping the attractive detective change the direction of her life?


Kim Pennzel is Sheridan's close friend and fellow psychologist, also involved in crisis response. Middle-aged and divorced, Kim is much more social, gregarious, impulsive, and outgoing than Sheridan. She has a more active dating life but not always with the best outcomes. Unfortunately, her taste in men has not always been best and in MURDER AT COLD CREEK COLLEGE, she is the prime suspect when a faculty member she's been dating is found dead. Online dating anyone?

Brett McMann is the very attractive State Police detective called in to help the local police chief with the potentially political murder of a faculty member. He isn't familiar with the college. Lucky for her, Sheridan is assigned to help him arrange to interview all the possible suspects -er - faculty members. He is middle-aged and divorced, and as I mentioned, attractive. Helping him is not a hardship.

Supporting characters are many, but most notably:

Max Bentley is the obnoxious, arrogant young faculty member who's easy to dislike. He's more interested in his own research with rats and mice than teaching, students, or murder - unless the murder interferes with his research. Somehow, he manages to take pieces of information and turn them around in ways that only make the situations worse. Mostly, he's a distraction, often ranting about how administration could be better.

Chief Barney Pfeiffe is the bumbling, older police chief. He's pressured to get help from the State Police when there's a murder at the college that may have political ramifications. He isn't thrilled but is quick to call on the State Police the next time there's a problem. Chief Pfeiffe is in favor of quick solutions that don't sully the reputations of the powerful people in Cold Creek.

There are of course, many minor characters, whose roles are more or less important depending on the book. These include other faculty, support staff, other members of the police department, and community members. Characters grow and change from one book to the next, and relationships (especially between Sheridan and Brett) progress, but each mystery can be read as a stand alone. These are "clean reads" or "flinch free fiction" - no graphic violence or gore, no profanity or offensive language, and no explicit sexual content.

The Books in the Series

MURDER AT COLD CREEK COLLEGE is the first in the series. A dead body is not a good way to start the fall semester for anyone, but especially the victim. Adam Millberg is a womanizer and the suspect list is long. Is infidelity the only motive? Or sexual harassment?

"It was a fun romp, well-paced and suspenseful, with just the right amount of humor, romance and intrigue thrown in."

"The story was well-plotted and the twists and turns the story takes make it a very enjoyable read." AMAZON

In the second in the series, MURDER IN THE ARBORETUM, there is no obvious motive, no obvious reason for Justin Blake to be in the Arboretum. Many question the guilt of the convenient scapegoat and Sheridan works hard to prove his innocence. Tensions are high and Sheridan's sleuthing is more dangerous. Is it time for those self-defense classes or too late?

"The story line was not predicable, taking a few unexpected turns as the mystery unfolded."

"I just couldn't put this one down. I was hooked from the first chapter."       AMAZON


The third in the series, MURDER AT THE GRILL, is planned for release later this fall. Sheridan and Kim's favorite waitress at the family owned restaurant is arrested for her ex-husband's murder. Keep your eyes peeled for the cover reveal!

I'm also working on a second series - more on that in the future!  Thanks for stopping by today!
Be sure to comment and check out the other great blog stops -  for the complete tour lineup and details, click here﻿. See you at the next stop!