Synopsis
From bestselling author Carolyn Arnold…
Strap in for an adventure that will take you to the beautiful island of Jamaica and have you wanting a piña colada.

Jimmy finally takes a vacation–and a chance on love–only to be abducted. His female companion originally thinks he had cold feet about their relationship, but Sean and Sara know there’s more to it. Jimmy isn’t the type to just up and disappear, let alone leave a lady stranded.

Setting out on their private jet, Sean and Sara reach the tropical paradise of Ocho Rios, Jamaica with sightseeing as the last thing on their minds.

With a gold coin being their initial tie to Jimmy’s kidnapper, Sean and Sara even speculate about the involvement of pirates. Yet as the hours pass, and there’s no word from Jimmy’s captors, Sean and Sara will need to figure out the real motive before it’s too late.

With help from their friend, Adam, back in Albany, the pieces come together and not a moment too soon. 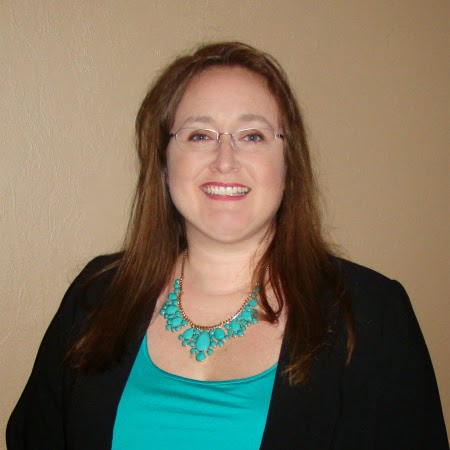 About This Author
CAROLYN ARNOLD is the bestselling author of the Madison Knight series, the Brandon Fisher series, and the McKinley Mysteries. Her love for writing dates back to her teen years, but her passion was reignited in 2006 when a fellow employee said “tell me a story.” Since then Carolyn has never looked back.

Her writing has since been compared to New York Times Bestsellers such as JD Robb, Mary Higgins Clark, Sue Grafton, Michael Connelly, Tess Gerritsen, and more.

Carolyn was born in 1976 in a rural town of Ontario, Canada, and she currently lives with her husband and two beagles in a city near Toronto.

For more information on the author visit https://carolynarnold.net/

Under the Jamaican Moonlight

For a man who had given up on love, dining under the Ocho Rios’ moon reaffirmed that all things are possible. Jimmy Voigt sat across from Meredith, a woman who, just a couple months back, had been a stranger. She carried the black evening dress she wore elegantly, its straps loose and dangling over her shoulders. In the candlelight and a beautiful setting such as this, it was hard to resist her. A portion of him didn’t even want to try.

“Thank you for taking me with you, Jimmy.” She smiled at him, wistfully, as she lifted her wine glass for a toast. “To us.”

His lips twitched but he wasn’t sure if the full expression showed—he was terrified of falling in love. He went through with the expected response though. He clinked his glass to hers and watched as softness blanketed her features.

It was the perfect end to a perfect day.

They were both up with the sun and had met by the pool. They had spent the early morning strolling along the shore. With toes in the sand, they had shared whispered jokes and silly stories while the sea air cleared out any stench of the city and melted away stress. Tropical breezes also carried wafts of plant life and flowers.

“The Dunns River Falls was quite the experience.”

“You’re telling me.” He left out the fact that his knees had barked most of the way up. He found himself caring what she thought about him, which was a first since Clara.

While he had tried to put Clara from his mind, his ex-wife had a way of entering his thoughts at random intervals and at the most inappropriate times. He had loved her with his soul, but that hadn’t been enough. Maybe it was why he held back now. He feared that if loving someone with his entire being hadn’t been enough before, why would it be now? Yet, he had to shake the self-flagellation.

“The best part though, I must say, was snorkeling. The colors of those fish. Absolutely stunning.” Meredith took a sip of her wine.

Jimmy’s eyes fell to her slim fingers. When they held hands, they intertwined perfectly with his.

He needed to put the past behind him and leave it there. Sara had told him to open his heart, but he was starting to think it was secured behind reinforced steel doors. Still, he appreciated how far he had come—and not simply in literal mileage, but also in the emotional distance he had traveled to ask Meredith to accompany him to Jamaica. Really though, what fun was an island without a companion? Still, he wasn’t going to rush things and had ensured they had separate rooms.

Taking a long draw on his wine, he appreciated its flavor. He pursed his lips.

“Truth be told, I was.” If he allowed his mind to swallow him whole, it would. Enough of the scrutiny and inward reflection. He was determined to enjoy this moment in time—another wise piece of advice from Sara.

He reached across the table for Meredith’s hand. As hers molded to his, he had to admit that he felt better than he had in a long time. On some level, he felt more complete. If he had listened to his initial excuses, he wouldn’t be here with her. It was with that thought he realized she no longer wore the ring. He pinched his fingers around where it used to be.

She withdrew her hand and placed it in her lap. “You just noticed? I haven’t worn it since just before Christmas, but it was time for me to move on. I have a feeling it is for you too.”

Meredith’s husband had cheated on her after twenty years of marriage. She couldn’t forgive him. It was an offense Jimmy wasn’t sure he could have pardoned either.

Again, the internal talk would have him believe his situation hadn’t been the same. That somehow he’d suffered less the way his marriage had ended. All Clara wanted was more of him, yet it was a sacrifice he wasn’t able to make. He had continued to put the job first, and in the end, that’s all he had. Still, it had resulted in the same outcome as it had for Meredith—two hearts that had once been bound were ripped apart.

“I know you’re probably right.” Jimmy tried to smile. He hoped at least a glimmer of it came through. “I’ve been happy here with you. It’s been nice having a friend.” He knew it came out all wrong by the way her face fell and her eyes pinched.

“Yes, it is.” She cleared her throat as she took the napkin from her lap and put it on the table. “If you’ll excuse me for a moment.”

As she walked away, he felt like a schmuck, with a capital S. Why couldn’t he just put his reservations aside? What did he have to lose? His pride? He was certain his heart hung back, despite periodic suspicions to the contrary. All he had to do was breathe in, and breathe out.

His hand went to his neck and he stretched it side to side. It was then he felt a pinch and everything went black.
Posted by Christa Nardi at 12:00 AM