Synopsis:
Wall Street’s miasmal garbage washes up on the Jersey Shore when a small time broker falls in love: Is he attracted to the beautiful lady — or her brother’s inside information? Held spellbound by a steamy, auburn-haired woman with a questionable past and a get-rich-quick, insider trading scheme, Austin Carr knocks down a beehive of bad-acting Bonacellis, including the ill-tempered Mr. Vic Bonacelli, who wants his redhead back, and local mob lieutenant Mama Bones Bonacelli, architect of a strange and excruciating death trap for the fast-talking stockbroker she calls smarty pants. To survive, Austin must unravel threads of jealousy, revenge and new affections, discovering the fate of a pseudo ruby called the Big Mojo, and close the lid on a pending United States of America vs. Austin Carr insider trading case. Can Austin and his Jersey Shore mouthpiece possibly out maneuver the savvy U.S. District Attorney from Manhattan? Does anything matter for Austin again if Mama Bones flips that switch?

Review:
Austin Carr is back and his investment business is still fraught with with woe, mostly at the hands of Vic and Rags.  Vic wants Austin dead, but Mama Bones is sure one of her magic potions will do the trick. Add in Partricia Willis, whether dressed to kill or punked out, and the excitement builds. Austin wants to play it straight, but the boys from Vegas are involved along with the Big Mojo (is it real or fake?). To complicate things, his teenage daughter Beth is, well, being a teenager and rebelling.  Somehow Austin has to avoid being killed or going to prison for insider trading while he protects Beth, who seems to have inherited his screwball tendencies. As with the previous books in the series, Getze has done it again and created a thoroughly enjoyable entertaining read.  Yes, BIG MOJO can be read as a stand alone, but why deprive yourself of the previous two? 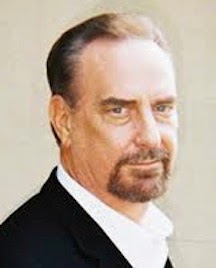 About Jack Getze:
Former Los Angeles Times reporter Jack Getze is Fiction Editor for Anthony nominated Spinetingler Magazine, one of the internet’s oldest websites for noir, crime, and horror short stories. Through the Los Angeles Times/Washington Post News Syndicate, his news and feature stories were published in over five-hundred newspapers and periodicals worldwide. His two screwball mysteries, BIG NUMBERS and BIG MONEY, are being reissued by DOWN & OUT BOOKS, with the new BIG MOJO. His short stories have appeared in A Twist of Noir and Beat to a Pulp. Getze is an Active Member of Mystery Writers of America’s New York Chapter.

Be sure to check out the other blogs on the tour (some have giveaways!)