Changing things up a bit with a romantic suspense today...

Synopsis:
A maniac developing a fantastical drug wants one more thing to finalize the project—a test subject who fits all the parameters. But that test subject is as elusive as her namesake.
Ex-SAS operative Mitch Edwards has been on the run since the moment he was framed for treason by someone in the British government. But he’s never forgotten the flamboyant and seductive CIA operative with the tongue of a thousand languages. In a bar in Cancun, Mexico, Mitch comes face to face with her once more, and with her comes the full force of her enemies. 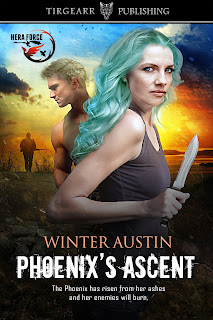 Another cooling breeze blew through the door, bringing with it the succulent scent of coconut oil, pineapple, and sea spray. His attention strayed to the door. He stiffened at the sight of the beauty leaning on the bamboo frame. The lavender haired woman pushed off the smoothed wood and sauntered, barefooted, across the sand-dusted floor. Mitch came to attention, his hand slipping away from the Sig.

She swayed to the flamenco guitar music piped through the sound system, her turquoise sundress flowing around her golden legs. Strappy silver sandals, hanging from a crooked finger, bumped against her leg as she sauntered up to the bar. She flung her sandals over her shoulder and leaned an elbow on the top.

“Holá, guapo.” Her sultry voice skirted along his spine and curled around his chest.

He gulped down a sudden feathering of desire. “Holá,” he croaked.

Her gaze flicked upward and the full force of those crystal-blue eyes hit him. She smiled.

Mitch’s stomach clenched. Those eyes. God, he could drown in them. He blinked. He knew those eyes. Had spent years trying to forget them and what they did to him every time she had looked at him. It was her? The hair color was different, but …

She shifted to peer over her sandal-bearing shoulder at the bar patrons, then brought those stunning blue eyes back to him. “What do you have that a gal like myself could quench her thirst with?”

A zap of awareness struck him. Bloody hell, she knew how to wield her words and her voice to bring about arousal.

A bejeweled hand slipped between Mitch and the woman. Manicured fingers lightly danced up her bare arm. Instead of pulling away, the lavender haired beauty turned to meet Dapper Man. She smiled seductively, setting her sandals on the bar top.

“Such a beautiful woman. What brings you to a bar like this?” Dapper Man asked in Spanish.

“It must be you.” She leaned in closer, giving Dapper Man a good view of what was hidden beneath the folds of her gauzy dress. “Looks like it’s my lucky day.”

It was a part of her job, but her shameless flirting always left a bad taste in Mitch’s mouth. He backed from his spot and reached for a bottle of sparkling water. He twisted off the cap and brought the bottle to his lips, then hesitated.

As the woman’s fingers danced up Dapper Man’s sleeve, she tilted her head to the side. Her thick hair shifted away from her neck, exposing a tiny tattoo of a yellow/red flaming bird right behind her ear lobe.

It was her! That tattoo confirmed it. The Phoenix had risen.

Movement behind Dapper Man caught Mitch’s eye. The bodyguards horseshoed their man and the other three lingered on the fringes. Hit once again with the sensation something was horribly off about these men, Mitch inched closer to his Sig. 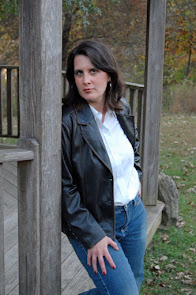 Winter Austin perpetually answers the question: “were you born in the winter?” with a flat “nope,” but believe her, there is a story behind her name.
A lifelong Mid-West gal with strong ties to the agriculture world, Winter grew up listening to the captivating stories told by relatives around a table or a campfire. As a published author, she learned her glass half-empty personality makes for a perfect suspense/thriller writer. Taking her ability to verbally spin a vivid and detailed story, Winter translated that into writing deadly romantic suspense, mysteries, and thrillers.
When she’s not slaving away at the computer, you can find Winter supporting her daughter in cattle shows, seeing her three sons off into the wide-wide world, loving on her fur babies, prodding her teacher husband, and nagging at her flock of hens to stay in the coop or the dogs will get them.
She is the author of ten novels, with more on the way. You can find Winter on:
Website            Facebook          Twitter          Instagram
Pinterest           Goodreads
Buy Links:
http://tirgearrpublishing.com/authors/Austin_Winter/phoenixs-ascent.htm
http://tirpub.com/waustinWinter
https://www.amazon.com/Phoenixs-Ascent-Hera-Force-2-ebook/dp/B09S7CZ4LD/
Giveaway:
Austin will be awarding a $10 Amazon or Barnes and Noble GC to a randomly drawn winner via rafflecopter during the tour.
a Rafflecopter giveaway
Posted by Christa Nardi at 11:00 PM