A change of pace, this is definitely NOT a cozy mystery....

Megan Getz lived among Hollywood royalty, a Tinseltown celebrity of a long-running sitcom. She's being extorted because of an adult indiscretion and attempts to cover up her perilous life by hiring the team of Divine Devils. 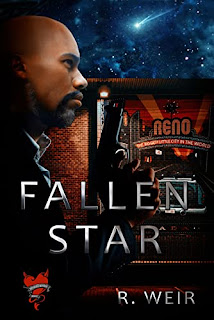 Hoping they’ll free her from the blackmail bonds,  Hunter Divine and his crew go undercover in a Reno Casino, digging deep to reveal those running the scam. The simple case explodes all around them with drugs, prostitution, murder, and mayhem being the norm.

Dragging Hunter and his crew into a hotbed of danger, in a doomed attempt to rescue the pretentious fallen star, lead The Divine Devils down a lethal road they may not survive.

Hunter Divine and his team are willing to move heaven and hell to get results!!

Hunter Devine left the US Marshalls under not so great circumstances. Since then he has taken on jobs with an interesting crew, in this case including one FBI agent he was previously involved with. In this escapade, Hunter and his friends infiltrate a Reno Casino where a starlet engaged in some less than appropriate behavior and is being blackmailed. Each person has their job to do with Shen the most dangerous - infiltrating casino security to establish how the con worked and Athena as the potential mark. Only things go awry and they have to quickly shift their attention from Megan's folly to join forces to rescue their comrade.

Weir crafts interesting characters from different walks of life to form the Devine Devils, not to mention others he knew as a US Marshall or, in Athena's case, a prior relationship. They make for an entertaining tale, along with the drugs, prostitution, blackmail, murder, and general mayhem. There are twists and turns, a rogue FBI agent who's mad at Athena, and a bond that keeps the Devils in the game.

This is the second in this new series by Weir, but easily read as a stand alone. As noted above, it is not "cozy" - if profanity and graphic scenes offend, this isn't one for you. On the other hand, if you like fast action and suspense, you'll like Weir's style.

R Weir lives in the Mile-High City with his family, where the Rocky Mountain High isn't always achieved with an herbal substance. When not glued to the computer, he relaxes by enjoying the outdoors and traveling in his motorhome. 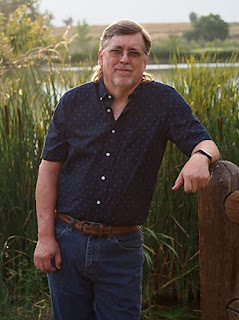 His writing delves into genres with gritty investigators exploring mystery, crime, suspense, and thrills, with involved plots and unexpected twists. Featuring former US Marshal Hunter Divine, a dire, determined man searching for salvation in his broken life. While private eye Jarvis Mann is tough and snarky, with as many faults as virtues. Characters exhibiting traces of his sense of humor, though he’s not nearly as tough and fearless. Though no evil stands a chance against his written word!
Posted by Christa Nardi at 6:00 AM