Guest Post: AUDIOBOOKS - FROM A NARRATOR'S PERSPECTIVE by Shaina Summerville

There's an increasing demand for audiobooks and many questions about the process. Today Shaina Summerville is my guest to fill us in on the process from the perspective of the narrator.

Greetings! My name is Shaina Summerville and I am an audiobook narrator with 50+ audiobooks available on Audible. I have narrated for indie authors in addition to publishers such as Simon and Schuster, Harper Audio, Houghton Mifflin, Tantor Media, and Hachette. You will often find me narrating YA and middle grade fiction…but I also adore narrating (and reading) cozy mysteries!
Thus far I have narrated cozy mysteries for three different authors: The Taylor Quinn Quilt Shop Mysteries by Tess Rothery, Asbury High and the Thief’s Gamble by Kelly Brady Channick, and the Paige Mackenzie Mystery Series by Deborah Garner (soon to be released!). 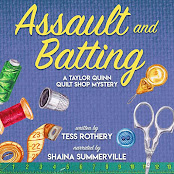 When I asked members of a cozy mystery audiobook group what they want to know, many questions came up about the audiobook creation process, so that is what I will address today.
What does the audiobook creation process look like?
The first thing to keep in mind is that one hour of audio takes many hours of work. The general estimate bandied about in the narration world is that one finished hour of audio can take up to six hours of work. This includes:
• Prep: I pre-read the book prior to recording, taking notes of important events, words or names I need to get pronunciations for, and character or vocal descriptions in order to prepare my character voices.
• Preproduction sample: I record a small portion of the book for approval by the author. This is also where we will collaborate on character voices.
• Narration: Once my sample has been approved, I begin narrating the book. It typically takes about two hours to record one single hour.
• Post Production: This includes the proofing, editing, and mastering process. During this point the audio is compared to the manuscript for errors and corrections are made. The audio is also “prettied up” to make it sound its absolute best. While some narrators perform their own post production, many outsource this to a professional sound engineer as it a) guarantees the best possible sound and b) frees us up to spend more time on narration.
How do I get chosen as a narrator?
Typically, the first thing I do is record an audition sample for the authors to make sure my voice fits the vision in their heads of the character. Assuming that’s a go, we come to an agreement on our terms, sign a contract, and off we go! 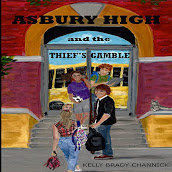 How do you handle character voices?
Character voices are one of the first things I nail down with my authors. I’ll typically ask them to describe their characters for me—preferably describing vocal qualities rather than looks. I can often glean a lot about a character from what is written in the text, but sometimes an author will have a specific idea. I ask them to describe all of their characters, but often I’ve found that an author will want to nail down a small number of key characters who will appear throughout the series and they give me free reign on smaller characters.

As a female narrator with a higher pitched voice, male voices can be a bit of a challenge at times! However, the important things about male voices is to note that they don’t have to be low and deep! Many times, male voices are not all that different in pitch from many females but there are other characteristics of their voice to consider. Men typically use a smaller range of pitches when they speak. They are often more staccato in rhythm. The placement of their voice in their mouths is different as is their diction.
As with my female characters I will take a large number of vocal qualities and combine them to create differing characters. I love cozy mysteries because there is such a large range of characters and I can sometimes make slightly larger choices on character voices than I might in say a typical romance.
And that’s the narration process in a nutshell. I hope this has provided answers to questions you may have had about audiobooks. You can always feel free to reach out to me on social media or contact me at my website www.shainasummervillenarration.com if there is anything else you would like to know!
Thank you, Shaina, for demystifying a process that is new to me and, I suspect, to other authors and readers.
An important thing to note is that when audiobooks are released, authors and narrators usually get free promo codes for the new audiobook in hopes of garnering reviews quickly. Interested? Here are some sites where available promo codes may be posted, and possibly reviews as well:
Cozy Mystery Audiobook Lovers
Audiobook Promos For Authors and Readers of All Genres
Everything Audiobook . . .E.A.R.S.
Stay tuned. . . Next month (7/19) Diane Weiner will share perspectives on the process from the author's perspective.
Here's some other cozy audiobooks available from your favorite authors:
Granny Snows a Sneak by Julie Seedorf (Author) and Priscilla Finch (Narrator) 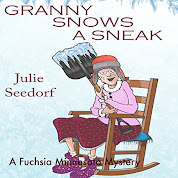 Murder at the St. Regis by Dianne Harman (Author) and Anna Wheeler (Narrator) 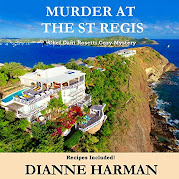 Glad One by Margaret Lashley (Author) and Sarah Pesek (Narrator) 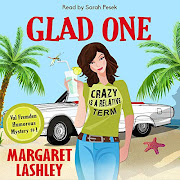 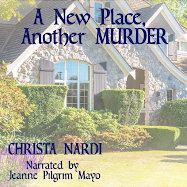 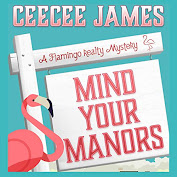 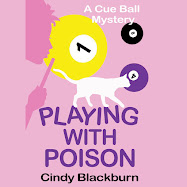