About the Book:
Take one quaint B&B, two kind but quirky caretakers, a dead aunt, a murdered friend, and you have mystery. Ali Winston finds she’s inherited trouble along with her aunt’s B&B, but can she reveal the killer before the curtain closes? 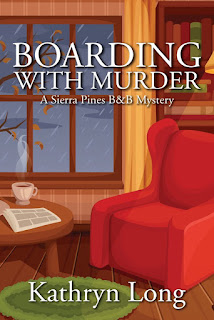 Review:
Ali was looking forward to support and advice from her Great Aunt only to find that she has passed away. At a turning point in her life, with no job, she’s shocked to hear Julia was involved with someone and that Gladys, one of the mainstays of the B&B, believes he killed her and she didn’t die a natural death. Her brother Ollie isn’t as convinced. Then there’s another dead body, and this time, no question it was murder.
To keep herself distracted, Ali takes on the volunteer job Julia left vacant in prop and set design for a movie production, with hopes of gaining more information on Julia’s death. It doesn’t help that Julia left her the B&B and everyone who works there is worried or that everyone (except the police, of course), has some connection to theater, including Julia and Ali’s parents, who are still trying to get her into acting. Not happening.
There are multiple characters and suspects and their stories unfold as Ali, herself, discovers their secrets. The story was well-paced and even, with clues revealed gradually. There was drama, twists and turns, and bit of romance with Quint. Ali keeps thinking about leaving, but the B&B is growing on her, not to mention Quint... If you want a leisurely read, with references to the theater and old movies, you’ll enjoy this one.
FTC Disclosure: I received a complimentary copy of this book in the hopes that I would post an honest review. This has not affected the content of my review in any way.
About the Author:
Retired teacher, Kathryn Long now spends her days plotting and writing mysteries. Her most recent credits are romantic suspense novel, A DEADLY DEED GROWS and mystery, BURIED IN SIN. She’s a member of Sisters in Crime as well as of International Thriller Writers. 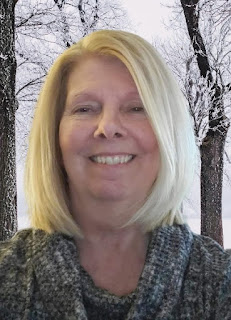