A change of pace here, with a light western romance... 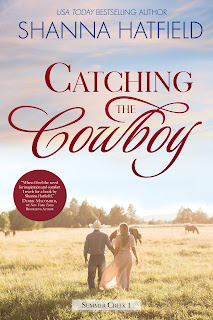 He’s fresh out of luck.

Spoiled billionaire heiress Emery Brighton indulges in one mimosa too many, attempts to steal a horse, and winds up in jail. A sentence of community service leaves her at the mercy of strangers on a remote ranch near a small town in Oregon. Adjusting to country life is hard enough, but she has no idea how to handle her growing affection for a surly cowboy and his adorable daughter.

Steady and dependable as the day is long, rancher Hudson Cole just wants to raise his little girl and be left alone. When his grandmother invites a lawbreaker dressed in Louis Vuitton to Summer Creek Ranch, Hud is convinced Grammy has lost her ever-loving mind. Determined to detest Emery, he instead finds himself doing the one thing he vowed would never happen again: falling in love.

With one foot out the door, will love be enough to convince Emery to stay?

This sweet romance offers a funny, delightful happily ever after adventure in a quirky small town. Don’t miss out on a meandering goat named Ethel, meddling matchmakers, and a community that feels like home in a story filled with heart, humor, and hope.

For a moment, Hud studied the men his grandmother spoke with, noting the resemblance between them. He assumed they were brothers. Suddenly, the name jolted something loose in his memory. Henry Brighton had been a good friend to his grandfather and used to come hunting every autumn. But Henry hadn’t been to the ranch in years, not since before Grandpa passed away.

Curious what brought the judge and his brother to Summer Creek Ranch, Hud stowed his gloves in his back pocket and walked over to offer a word of welcome.
“Hud, honey, you remember Judge Henry Brighton, don’t you?” Nell said, tugging on his arm to pull him closer to where she stood with the men and young woman.
“Welcome, sir. It’s been a while, but I’m pleased to see you again.” Hud shook Henry’s hand then turned to his brother.
“You must be Henry’s brother. I’m Hudson Cole.”
“That’s right. James Brighton. Last time I saw you, you were about this big,” the man said, holding his hand about two feet off the ground. He smirked and his eyes twinkled with mirth. “You’ve grown a bit since then.”
Hud grinned, aware his size could be intimidating to some. “Yes, sir, I suppose I have.” Slowly, his gaze drifted over the young woman, taking in her delicate beauty, perfectly styled hair, and makeup that appeared to have been applied by a professional. Intriguing blue eyes held a guarded look behind unnaturally long eyelashes. Rosy cheeks could have been from the slight wind or too much blush, he couldn’t tell.
Her oval face was flawless, gorgeous, and therefore of no interest to Hud.
From the top of her head to the toes of her designer shoes, she reeked of money. No doubt her diapers had been made of hundred-dollar bills. Most likely, she’d spent her entire life spoiled and pampered, indulged and coddled.
Years ago, a pretty little rich girl had turned his head, entangled his heart, and caused him enough pain to last ten lifetimes. He certainly wasn’t stupid enough to make that mistake twice.
“This is my daughter, Emery,” James said, nudging the woman forward. “We can’t thank you enough for taking her in like this. If there is ever anything I can do to repay your kindness, I hope you’ll let us know.”
Hud’s right eyebrow hiked upward so high, it disappeared beneath the brim of his dusty cowboy hat. He swiveled his head around until his gaze clashed with his grandmother’s. She looked only slightly guilty as she smiled pleasantly and clenched his arm with both hands, as though she intended to restrain him from saying anything about James’ announcement that took him completely by surprise.
His grandmother’s elbow connected with his ribs. “We’re more than happy to have Emery stay with us for as long as she needs to. Isn’t that right, Hud?”
Rather than answer, he offered a noncommittal grunt and gave the woman another once-over. He’d be surprised if she lasted a day on the ranch before she hightailed it back to Portland or wherever it was she’d come from. From experience, he figured the first nail she broke or the first waft of manure blowing around her face would send her running for civilization.

Excerpt from Catching the Cowboy. Copyright © 2020 All rights reserved. 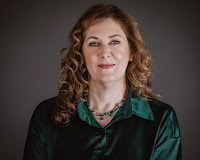 USA Today Bestselling Author Shanna Hatfield writes character-driven romances with relatable heroes and heroines. Her historical westerns have been described as “reminiscent of the era captured by Bonanza and The Virginian” while her contemporary works have been called “laugh-out-loud funny, and a little heart-pumping sexy without being explicit in any way.”

Convinced everyone deserves a happy ending, this hopeless romantic is out to make it happen, one story at a time. When she isn’t writing or indulging in chocolate (dark and decadent, please), Shanna hangs out with her husband, lovingly known as Captain Cavedweller.

Enter the Giveaway for a chance for $50 Amazon Giftcard