Blog Tour and Book Review: UNDER THE RADAR : A Zoe Chambers Mystery #9 by Annette Dashofy

Paramedic and deputy coroner Zoe Chambers responds to a shooting and discovers her longtime friend, Horace Pavelka, has gunned down a man who’d bullied him mercilessly for decades. Ruled self-defense, no charges are filed. When another of his tormentors turns up dead in Horace’s kitchen, Police Chief Pete Adams questions the man’s innocence in both cases…especially after Horace and his girlfriend go into hiding.

While fighting to clear her friend, Zoe is handed the opportunity to finally learn what really happened to her long-lost sibling. What starts out as a quick road trip on a quest for answers leads her to an unfamiliar city in the middle of a November blizzard, where she finds way more trouble than she bargained for.

Pete’s own search for his missing fiancée and a missing murderer ultimately traps him in a web of deception. Face-to-face with one of the most cunning and deadly killers of his law enforcement career, Pete realizes too late that this confrontation may well be his last.

This is a story that has multiple plot lines that naturally intersect. The initial murder is followed by a second involving Zoe's long time friend. While seeking to prove Horace's innocence, both Pete and Zoe find connections with their personal "cold cases." The two major characters - Pete and Zoe - are likable and have depth. Even Kimberly and Lauren. Their relationships and emotions come across as does the greater message of "Life's too short." The pace is steady with sufficient twists to maintain interest.

This is the 9th in the Zoe Chambers series. I haven't read the previous eight and the story can be read as a stand-alone. Dashofy provides sufficient back history without it becoming tedious to follow the story line. I suspect, however, that the relationships would be better appreciated if the books were read in order.


FTC Disclosure: I received a complimentary copy of this book in the hopes that I would post an honest review. This has not affected the content of my review in any way. 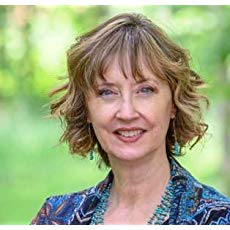 Annette Dashofy is the USA Today best-selling author of the Zoe Chambers mystery series about a paramedic and deputy coroner in rural southwestern Pennsylvania. A former EMT and lifelong resident of the area about which she writes, Annette lives with her husband and one very spoiled cat on what was once her grandfather’s dairy farm. UNDER THE RADAR (February 2020) is the ninth in her series.