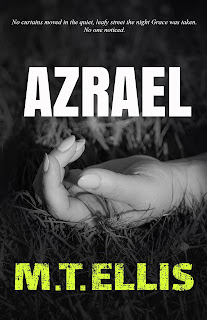 Emily thought her ordeal was over after she escaped a brutal kidnapping. She’s wrong. He’s coming for her again.


The body Detective Rose is looking at bears a striking resemblance to Emily, a woman who survived a horrific, sexually motivated abduction five years ago. Her fear is confirmed when Emily goes missing again. When another woman, Grace, is abducted, Detective Rose finds herself doubting the instincts that tell her the disappearance is the result of intimate partner violence. She connects the cases and recruits Grace’s partner, Ethan, to help in the search. Together they must find Grace and Emily before it’s too late.
​​
​


Grab your copy of Azrael today for FREE!! 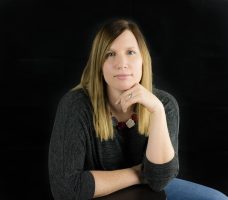 M.T. Ellis is a Brisbane-based author. She got kicked out of high school in year 11 for non-attendance. She then went on to attempt a Business Management degree at University, but dropped out half-way through. Despite these failures, she managed to get a job and is currently driving boats for a living.
Her dogs, Opal and Zeus, occupy a lot of her time. She would write books about their adventures if she thought people were even half as interested in them as she is.
M.T. Ellis is currently working on the second novel in her Detective Allira Rose series.

Visit these tour stops on May 9th, 2017 to learn more about Azrael by M.T. Ellis and for awesome giveaways!!


Don't Miss Your Chance to WIN!

Posted by Christa Nardi at 5:46 PM