Guest Post: RICHARD HOUSTON, Bestselling Author of the Books to Die For series

Today, it's my pleasure to have Richard Houston as my guest, talking about his career as an Indie author...


How to Become an Overnight Success in Only 30 Years

I know, that title is somewhat a cliché, but it did get your attention or you wouldn’t be reading this, so if you’re still with me, I’ll tell you how I got my fifteen minutes of fame.

As one of the million independent authors on Amazon, I always dreamed of the day I’d see my book on the NY Times best seller list, instead of being number 500,000 on Amazon’s list. I wish I could say that day finally happened, but I did come close and made it to the USA Today’s best seller list. However great that might sound to a struggling author, trying to write that Great American Novel, I have a confession. I didn’t get there by penning the greatest mystery ever. Not even the second best mystery. No, I’ll never be another Poe, or even a Patterson, but I may give P.T. Barnum a run for his title.

What I’m trying to say is my success comes down to one simple word. Marketing. Of course, I like to think writing a good story helped, but face it folks, people can’t buy your great manuscript if they never heard of it. “Okay,” you ask, “what did you do, Richard, to get your book in front of so many people?” Well, stay with me and I’ll tell you.

First you have to have a product to sell, and it helps if you have a quality product. In books, this means a decent story, well written, with few, if any, grammatical errors. As an independent author I learned these rules the hard way. My first books have the reviews to show it. So, hire a good editor (I used Elise Abram), and then get a bunch of eyes to beta read your book. Once you’re happy with the product, find a good cover designer. I can’t stress this point enough, so I’ll say it again. Hire a good cover designer. I used a gal whose been on the USA Times best seller list several times. Her name is Victorine Lieske.

Okay, now that you have a killer cover, one that will stand out among the other six million books on Amazon, what’s next? Why you have to sell it of course. Did I mention marketing? 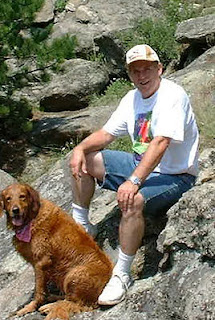 There was a time marketing a book meant sitting at a table in a bookstore, library, or book fair and talking to the occasional passerby. With luck, you might sell a couple copies. Or, if you were better known, a few dozen copies. Pilgrim, that won’t cut the ice today. If you want to hit those best seller lists, you need to sell thousands of copies. Which is what I did using paid internet ads. Sure, there are authors who get those great numbers without a lot of advertising. They spend years gathering email lists, Tweeting, blogging, and sending out newsletters. Eventually they get enough followers that they don’t have to advertise very often, if at all. And of course, there are at least a hundred other ways to get those coveted readers to your side, but they all take time – years in some cases – and if you’re like me, you don’t have that kind of time. My solution, and my only solution, is to spend the money on those ads.

Well, that’s it in a clamshell. Or is it? Oh yeah, I forgot to say where to advertise. In case you’ve been trapped in a giant clamshell there really is only one place to get a huge return. That of course is BookBub. However, Bookbub isn’t an easy nut to crack, err, I mean clam (we can’t have mixed metaphors, can we?). So I’ve added a couple links to some really cool places courtesy of Dave Chesson, James Calbraith, and Rachelle Ayala.

Richard Houston is the author of five books in the Books to Die For series, and has been an Amazon best selling author more times than he can count. Mainly because he lost a finger during his years as a carpenter. You can visit him and his wonder dog, Fred, at http://houstonrichard.wixsite.com/books

Richard's success was recently written up :
https://sedaliademocrat.com/news/17263/warsaw-author-richard-houston-hits-best-seller-lists
Posted by Christa Nardi at 12:00 AM