Synopsis
Orphans. Thieves. Murder. And an All-You-Can-Eat Buffet!
When Ivy Meadows lands a gig with the book-themed cruise line Get Lit!, she thinks she’s died and gone to Broadway. Not only has she snagged a starring role in a musical production of Oliver Twist, she’s making bank helping her PI uncle investigate a string of onboard thefts, all while sailing to Hawaii on the S.S. David Copperfield.
But Ivy is cruising for disaster. Her acting contract somehow skipped the part about aerial dancing forty feet above the stage, her uncle Bob is seriously sidetracked by a suspicious blonde, and—oh yeah—there’s a corpse in her closet.
Forget catching crooks. Ivy’s going to have a Dickens of a time just surviving.

Ivy and her uncle go undercover to catch thieves. Ivy's an actress so performing Nance in the director's version of Oliver Twist on a ship with everything Dickens themed should be easy. But Ivy's barely got her feet wet and she discovers a dead body in her closet. More annoying is that her uncle is distracted by Bette but her uncle doesn't want to hear suspicions about the lady.  The bigger problem is that the more Ivy finds out the less she trusts anyone, especially after the second body.

Between Ivy's fears, the not-quite Dickens aspects, and Oliver, Brown threads in humor along with the tension of determining if the deaths - either or both - are murder and somehow related to the thefts. The pace of the story is good and the antics of the orphans and Oliver as well as the adult characters make this an enjoyable read.  Although this is the third in the series, it can be read as a stand-alone.

Cindy Brown has been a theater geek (musician, actor, director, producer, and playwright) since her first professional gig at age 14. Now a full-time writer, she’s lucky enough to have garnered several awards (including 3rd place in the 2013 international Words With Jam First Page Competition, judged by Sue Grafton!) and is an alumnus of the Squaw Valley Writers Workshop. Though Cindy and her husband now live in Portland, Oregon, she made her home in Phoenix, Arizona, for more than 25 years and knows all the good places to hide dead bodies in both cities. 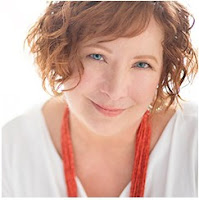