Blog Tour: FLORA LIVELY AND A DATE WITH DEATH by Joanne Phillips

Amateur sleuth Flora Lively is back to investigate another mystery, and this time the body count is rising …

When Flora’s best friend returns to England with a Spanish film crew in tow, Flora is thrilled to land a job on set at a glamorous country house. But when a member of the crew is brutally murdered, and the priceless Infanta Tiara stolen, suspicion falls on everyone at Hanley Manor – including someone far too close to home.

When an arrest is made, Flora is plunged deep into a puzzling mystery, with no idea who she can and cannot trust. Surrounded by suspicion and bitter rivalries, she must keep one eye over her shoulder at all times. Because the murderer is about to strike again …

A Date With Death is a cozy English village mystery, ideal for readers who love cozy reads with romance and humor, and British mysteries on Kindle.

Flora Lively wants to think the best of her old friends, and well, everyone she meets, but sometimes that's hard - like when two people are murdered.  Her new friend, Marshall, an American, who helps her run her father's business warns her not to get involved and is a bit jealous of Jack. Then Marshall is framed and Flora is determined to prove to Jack that Marshall is innocent.

The plot and characters are interesting, with many possible suspects. Phillips provides enough twists and tension to keep the story flowing. With multiple suspects, the killer isn't too obvious, but makes sense when revealed. This is Book #2 in the Flora Lively British cosy mysteries series, but can easily be read as a stand alone. There's a hint of possible romance in Flora's future and I am curious to see how that unravels in the next book. 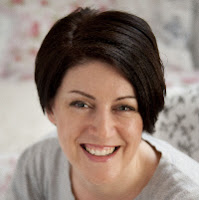 Joanne Phillips lives in rural Shropshire, England, with her husband and young daughter. She’s the author of romantic comedies Can’t Live Without, The Family Trap and Cupid’s Way, and the Flora Lively series of contemporary mysteries. Can’t Live Without was an Amazon top 100 bestseller in 2012 and her books regularly appear on category bestseller lists. Before becoming a writer, Joanne had jobs as diverse as hairdresser, air hostess and librarian, but now divides her time between writing and finding creative ways to avoid housework. She’s a fan of super-dark chocolate, iced coffee and Masterchef.