In this World War II-era historical mystery series debut by Joyce St. Anthony, small-town editor Irene Ingram has a nose for news and an eye for clues.

Irene Ingram has written for her father’s newspaper, the Progress Herald, ever since she could grasp a pencil. Now she’s editor in chief, which doesn’t sit well with the men in the newsroom. But proving her journalistic bona fides is the least of Irene’s worries when crime reporter Moe Bauer, on the heels of a hot tip, turns up dead at the foot of his cellar stairs. An accident? That’s what Police Chief Walt Turner thinks, and Irene is inclined to agree until she finds the note Moe discreetly left on her desk. He was on to a big story, he wrote. The robbery she’d assigned him to cover at Markowicz Hardware turned out to be something far more devious. A Jewish store owner in a small, provincial town, Sam Markowicz received a terrifying message from a stranger. Moe suspected that Sam is being threatened not only for who he is…but for what he knows.

Tenacious Irene senses there’s more to the Markowicz story, which she is all but certain led to Moe’s murder. When she’s not filling up column inches with the usual small-town fare—locals in uniform, victory gardens, and scrap drives—she and her best friend, scrappy secretary Peggy Reardon, search for clues. If they can find the killer, it’ll be a scoop to stop the presses. But if they can’t, Irene and Peggy may face an all-too-literal deadline.

The setting is World War II era, with limited supplies, women taking jobs in the work force as men are called to war, and German sympathizers. Irene Ingram's father goes off to the Pacific as a journalist and she takes over the local paper. Some are not to happy about it, especially her cousin, Donny, and even her mother. St. Anthony captured the tensions and conflicts that ultimately changed social norms for women.

One part of Irene's job is keeping up with the local manufacturing plant producing bolts and other parts for the war effort. She also covers the Freedom Garden and metal scraps efforts. When anti-semitism rears its head, she sends Moe Bauer to meet with the victim. The next she sees Moe, he's dead. She doesn't believe it was an accident.

Determined to prove it wasn't an accident, she goes after information, most leading to back to the plant. A boarder who works at the plant, Katherine, and Irene's best friend, Peggy, gather information. Headstrong and determined, Irene's actions place her in danger.

St. Anthony's research on the era is evident, even in the dialogue and attitudes of many. The plot is interesting and Moe's "big story" fits the time and place. Irene is a strong protagonist. Although the pace is slow, those who enjoy historical cozies will not be disappointed.

FTC Disclosure: I received a complimentary copy of this book in the hopes that I would post an honest review. This has not affected the content of my review in any way 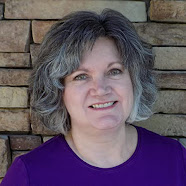 Joyce was a police secretary for ten years and more than once envisioned the demise of certain co-workers, but settled on writing as a way to keep herself out of jail. As Joyce St. Anthony, she is the author of the Homefront News Mysteries.

The first in the series, Front Page Murder, was,  released on March 8, 2022. Under her own name--Joyce Tremel--she wrote the award winning Brewing Trouble cozy mystery series. She is a native Pittsburgher and lives in the beautiful Laurel Highlands of Pennsylvania with her husband and two cats--Hops and Lager. 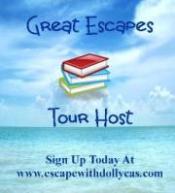