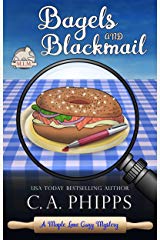 Maddie’s cat is missing!
Why would someone steal Big Red?
More than a pet…
… so much more, it turns out that he’s not the only one taken. It’s a catastrophe for the owners who, like Maddie, considers them family members.
Where are they being hidden?


While the Sheriff, who happens to be her ex-boyfriend, is doing what he can to solve the mystery, Maddie can’t sit by and watch.
Going against her darling Gran’s wishes, she once again decides to do her own detective work—with a little help from her friends.

Review
Settled back in to her hometown and her best girl friends, otherwise referred to as the Girlz, Maddie doesn’t miss New York. So what if people think she’s a little weird because has a fairly large Maine Coon cat, Red. Only now Red is missing, he has been the only comfort she had during some rough times. And other pets are missing and then the mayor is killed. In the meantime, the evil wheeler dealer Findlay is back and Maddie is sure he is up to no good. Police chief Ethan warns Maddie to stay out of the investigations – and we all know that doesn’t happen.

The mystery moves along at a good pace and I liked the plot, characters and writing. If you have pets – even if you aren’t a cat person – you can easily relate to Maddie’s anxiety when Red is missing. And his role in the story’s end. The romance between Maddie and Ethan? It has to move forward or fade away – guess I’ll have to read the next one to find out. This is the second in the series, and there are a few references, mostly related to Findlay, but they don’t interfere with this story. This can easily be read as a stand alone. If you like a good cozy mystery, you'll enjoy this one.