Blog tour: GUEST POST by Cindy Brown, author of THE PHANTOM OF OZ

Today it's my pleasure to have Cindy Brown, author of  THE PHANTOM OF OZ, as my guest:

Do you? I can’t make up my mind. In that way, I’m a little like Ivy (my actor/PI protagonist) in this early scene from the book. She’s in the dressing room, talking to her cast mates:

“Do you believe in ghosts?” I asked.

Every so often, my actor and detective personas bumped up against each other. This was one of those times. As an actor, I was properly superstitious. I said, “Break a leg” instead of “Good luck,” didn’t whistle backstage, and never ever said “Macbeth” in a theater. As a detective, I knew intellectually that superstition had no place in the world of logic and deduction. Still...

“I’ve noticed that you check to make sure the ghost light is on every night,” said Jessica, our Twelfth Night’s Maria.

“That’s just for safety,” I said. The ghost light is an old theater tradition, a light that’s left burning through the night to keep people from falling over the set and/or the theater ghosts from causing too much mischief. The one at our theater, like many others, was a bare bulb on a stand we placed in the middle of the stage before we left for the night.

I’ve included a pic of the ghost light at Phoenix’s Orpheum Theatre, which was the inspiration for the theater in this book.

“I was once pushed down the stairs by the ghost at Phoenix Theater,” said Victoria. “Sprained my ankle right before an audition.”

That happened to me. I was on crutches for the audition. I got the part anyway ☺.

I suspected it was less the ghost and more the four-inch heels that Victoria always wore but kept my mouth shut. After all, if there were any ghosts around, I didn’t want to tick them off. I wasn’t wearing four-inch heels. Heels, but just two-and-a-half inches, I swear.

I’ve included a couple of other mysterious things that have happened to me over the years: swinging chains, the sudden smell of perfume, my dog barking at unseen people…I was also influenced by the tale of the ghost who haunts the Hotel San Carlos, where I once had a flower shop. The story goes that twenty-two year-old Leone Jensen moved to Phoenix to marry her bellboy boyfriend. When he dumped her, she dressed in a white evening gown (some say “wedding gown”) and threw herself off the roof. She supposedly haunts the hotel to this day, turning on televisions, flickering the lights, and even appearing at the foot of guests’ beds, still wearing her white gown. I never saw Leone, but several of the spooky instances I write about occurred at the hotel. Still, I can’t decide if I believe in ghosts. I guess all I can say is “there are more things in heaven and earth than are dreamt of in my philosophy” (thank you Shakespeare, for always having the right words).

Thanks Cindy, now let's talk about THE PHANTOM OF OZ... 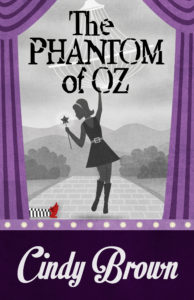 Creepy munchkins. A mysterious phantom. And a real Wicked Witch. Are you ready for it?
Actress and part-time PI Ivy Meadows has been hired to uncover the cause of the creepy accidents that plague the roadshow The Wizard: A Space OZpera and find out who dropped a chandelier on the Wicked Witch of the East.
Was it the ghost who haunts the Grand Phoenician Theatre? A “wicked witch” in the cast? Or is it someone—or something—more sinister?
It’s Ivy’s most personal case so far.
Her best friend Candy, who’s touring with the show, is caught in a downward spiral of self-destruction, and is in more danger than she knows.
To save her friend and the show, Ivy must answer even tougher questions: Do spirits really exist? What is real beauty? What does friendship mean?
Ivy needs to learn the answers, and fast—before Candy reaches the point of no return.
Books in the Ivy Meadows Humorous Mystery Series: 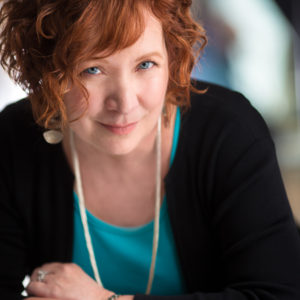 Cindy Brown has been a theater geek (musician, actor, director, producer, and playwright) since her first professional gig at age 14. Now a full-time writer, she’s lucky enough to have garnered several awards (including 3rd place in the 2013 international Words With Jam First Page Competition, judged by Sue Grafton!) and is an alumnus of the Squaw Valley Writers Workshop. Though Cindy and her husband now live in Portland, Oregon, she made her home in Phoenix, Arizona, for more than 25 years and knows all the good places to hide dead bodies in both cities.

February 4 – Because I said so - Adventures in Parenting - REVIEW