BOOK BLAST: IF WORDS COULD KILL by Barbara Schlichting

If Words Could Kill: A First Ladies Mystery 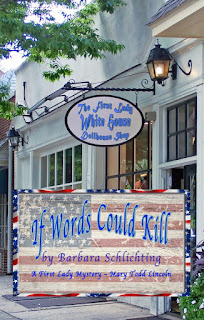 IF WORDS COULD KILL is a mystery. Liv owns the First Lady White House Dollhouse store in Minneapolis, and has a doctorate in American history, specializing in the First Ladies. Liv is the last person to see a Mary Lincoln impersonator who is found dead right outside of her store. The impersonator presented clues as to where the fiery speech gave by former President Lincoln, the Lost Speech, may be located. As Liv investigates, she is trailed by someone who makes a habit of murdering people once a new clue is deciphered. The whereabouts of the only copy of Abraham Lincoln’s Lost Speech, a fiery speech on abolitionism delivered in 1856, propels Liv into beating the killer to the pricey speech. Who will locate it first?

Barbara Schlichting was born and raised in Minneapolis, Minnesota where her First Ladies Mystery Series is set. Dolley Madison: The Blood Spangled Banner. Barbara graduated from Theodore Roosevelt High School in 1970. Later, she and her husband moved their family to Bemidji. She attended Bemidji State University where she earned her undergraduate and graduate degrees in elementary education and special education.

Barbara also likes to write in other genres. Whispers From The Wind is her first poetry book which has poems for all ages.

Barbara has been known to travel too much, and read while not paying attention to her husband. However she has had an English penpal for over fifty years. 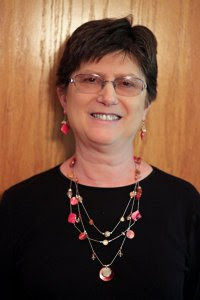 Amazon
Posted by Christa Nardi at 12:00 AM