Guest Post: DIANE BURTON Author of The Case of the Bygone Brother 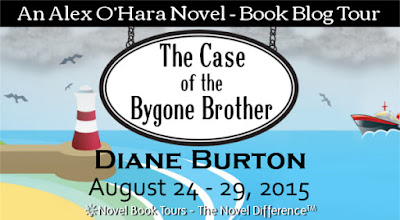 Today it is my pleasure to have Diane Burton, author of The Case of the Bygone Brother, as my guest to talk about small towns:


When I was seven, we moved to a rural farming area where everyone either knew each other or were related. Except us. I went to a one-room schoolhouse. The second grade “class” consisted of two cousins and me. Awkward. Eventually, the township expanded, population-wise, became a city, and is now a Detroit suburb. 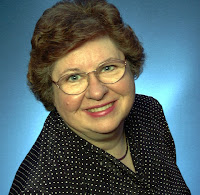 I’ve lived in suburbs, cities, small towns, and now I live in a lakeshore resort town. There is a commonality in all those communities. The natives—those born there. I remember being surprised when I heard a merchant say he wasn’t a native, even though he’d been there for thirty-plus years. Even in ever-expanding suburbs, there are the natives and those who aren’t.

While writing the first of my Alex O’Hara stories, I knew she had to be a native—born in the fictitious Lake Michigan resort town where she’s a private investigator. She knows everybody. Well, almost everybody until the construction of new luxury homes north of town. The chief of police used to cut her parents’ lawn. His wife was her babysitter. One of the deputies had been in her class since kindergarten, which was also where she met her best friend. Being a native gives her access to resources an outsider wouldn’t have. If she didn’t go to school with them, they knew her dad.

Her father and his business partner started the investigation agency nearly fifty years ago and only recently turned it over to Alex then retired to Arizona. Older members of the community (including the police chief) find it necessary to remind her that 1) she’s a girl and 2) question her father’s wisdom in “letting” her be a detective. In response, she smiles through gritted teeth. Small towns have their pluses and minuses. Just like any community.

Small towns also have mysteries, people have secrets, and crime knows no boundaries. Alex is never out of work.

Synopsis
Alex O’Hara finally gets a case that will give her bottom line a much needed boost. She might even be able to change her diet from ramen noodles to prime rib. All she has to do is track down a man who’s been missing for over ten years. Piece of cake . . . until an old flame arrives and a mugger roughs her up with orders to back off.

Excerpt
She had trouble written all over her.
Like a scene out of The Maltese Falcon, a beautiful woman begs the P.I. for help. Shades of Sam Spade, with a slight difference. The elegantly-dressed woman pounding on my plate glass window was more than twenty years older than me and, even though my name is Alex O’Hara, I’m not male. But I am a PI —O’Hara & Palzetti, Confidential Investigations since 1965. Not that I’ve been around since 1965.
As soon as I unlocked the outer door, the woman burst through, a few maple leaves stuck to her Manolo’s. Frankly, I was surprised she wore only a sweater. She must have been freezing out there. In spite of the fact that it was mid-October, the temp had dipped that afternoon to the low forties. We might even get frost.
“Ms. O’Hara, thank God you’re still here. I was so afraid—” She broke off on a sob. Taking a small, white, lace-edged handkerchief out of her Louis Vitton purse, she dabbed at her eyes.
Now I’m not one to belittle a person’s worries. However, I thought she switched a little too quickly from imperious knocking to damsel in distress.
Damsel? Not quite. I pegged her around fifty-five, give or take a few years, and well-preserved. Even in her Manolo’s, she only came up to my chin. Next to her I felt like a hulking giant. Since I’m five-ten in my socks, I look down on most women. Despite her elaborate up-do, from my angle I could see her roots. A visit to her hairdresser might be in order. But I digress.
“What can I do for you?” I tried not to sneeze from her overpowering perfume. An oriental scent. Shalimar or Opium. I never knew which was which. I tried them on at the perfume counter at Macy’s. That’s the closest I’d ever get to wearing expensive perfumes.
“I need your help.” Her breathy voice reminded me of Marilyn. As in Monroe, not Manson.
Because Pop loved old movies, I became addicted to them. Just like I did with detective novels. I cut my teeth on Nancy Drew, moved on to the likes of Daphne duMaurier and P.D. James before graduating to Dashiell Hammett and Raymond Chandler. I watched Masterpiece Mystery on PBS and every movie Alfred Hitchcock made. In my teens, I watched reruns of Remington Steele. Once, I wore a fedora like Laura’s to work. The Pops laughed so hard I never did again.
I ushered the woman into my office with its mahogany paneling and closed the door. I held out my hand. “As you’ve guessed, I’m Alex O’Hara.” I looked at her expectantly.
She laid her hand in mine. I clasped hers firmly enough to reassure but gently enough not to crush the delicate bones beneath the cold skin.
“My name is Babette Rhodes. Babette Anslyn Rhodes.”
She perched on the visitor’s chair, her back finishing-school straight and knees pressed together. I took my place behind the desk in the big leather chair that had been Pop’s. While she twisted the handkerchief, I stacked the bookkeeping papers and tucked them into the top desk drawer. Once I placed a clean legal pad in front of me, I folded my hands on top ready for her story. A story that could solve my financial problems.
“Ms. O’Hara, I must ask you to keep what I am about to tell you in absolute confidence.”
“Of course.” Hadn’t she see the word confidential on the sign on the door?
“My brother is missing. I must find him.”