I'm pleased to have as my guest today MARILYN MEREDITH, author of the Rocky Bluff PD Series and VIOLENT DEPARTURES... 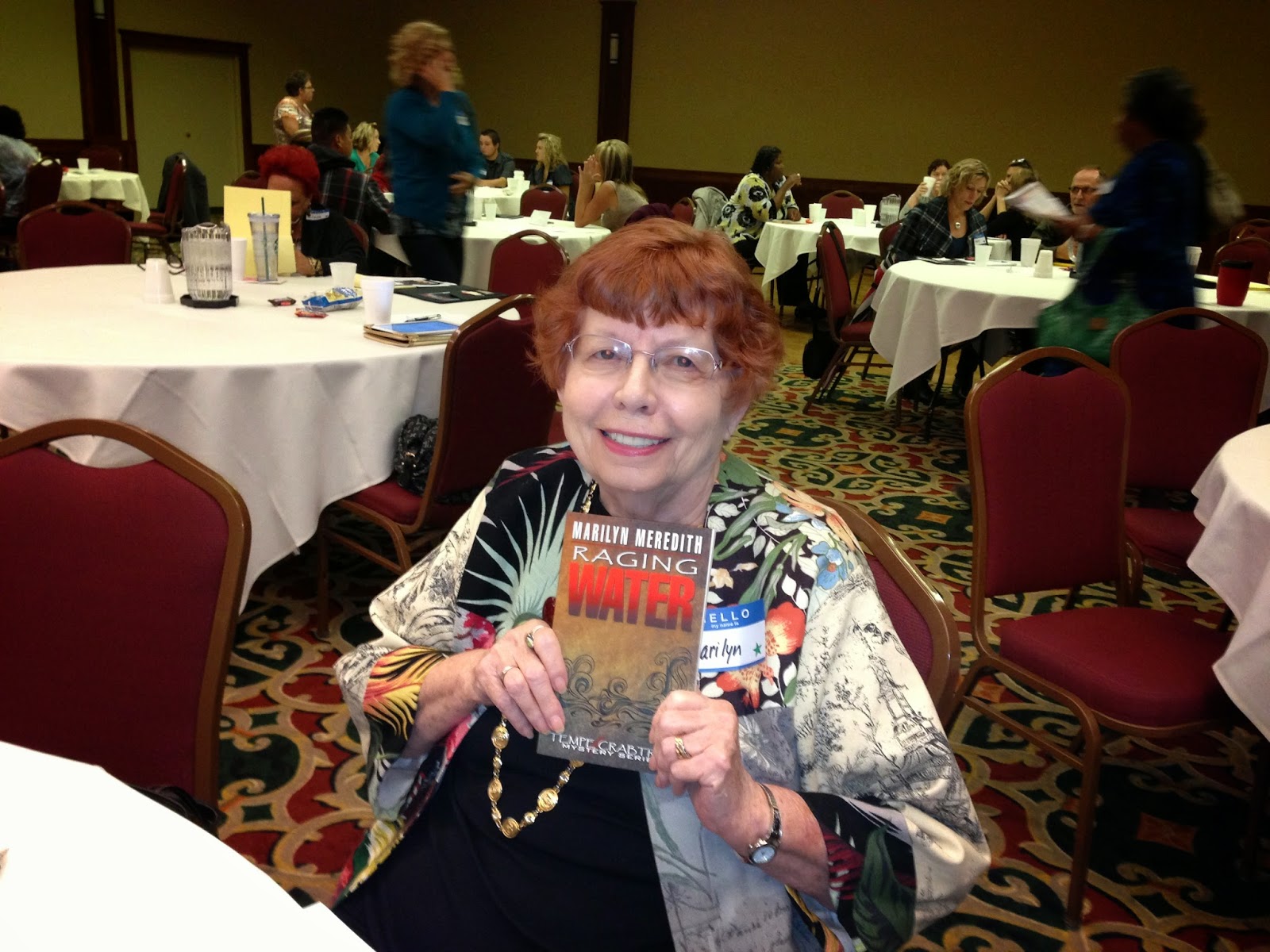 Because this is my first time on this blog, some of the regular readers might not have heard about the RBPD series. Though I call it a police procedural, some have also termed it as a cozy though it doesn’t have the right attributes for one. I think that label has come from the fact that there is no bad language or on-the page sex.

However, there is at least one murder in every book.

When I wrote the first book, Final Respects, I had no idea that it would become a series. My intention was to show how what happens on the job affects the family, and things that happen with the family affect the job. This is a theme that continues throughout the series.

Once I’d finished, I knew I wanted to know more about the characters I’d created, and the only way to do that was to write another book—and another—and another.

People have died, romances and love affairs have happened, marriages began and ended, babies were born, crimes investigated and solved, and I’ve kept on writing about the men and women who serve on the Rocky Bluff Police Department and their families.

Though it’s a series, it doesn’t have to be read in order. Though things change for the characters from book-to-book, the mystery or mysteries in each book are solved.

For those who must read a series in order these are the titles from the beginning:

College student, Veronica Randall, disappears from her car in her own driveway, everyone in the Rocky Bluff P.D. is looking for her. Detective Milligan and family move into a house that may be haunted. Officer Butler is assigned to train a new hire and faces several major challenges.

F.M. Meredith, also known as Marilyn Meredith, is the author of over thirty published novels. Marilyn is a member of three chapters of Sisters in Crime, Mystery Writers of America, and on the board of the Public Safety Writers of America. Besides having family members in law enforcement, she lived in a town much like Rocky Bluff with many police families as neighbors.

Because it has been popular on my other blog tours, once again I’m offering the chance for the person who comments on the most blog posts during this tour to have a character named for him or her in the next Rocky Bluff P.D. mystery.

Or if that doesn’t appeal, the person may choose one of the earlier books in the series—either a print book or Kindle copy.

Tomorrow head on over to http://gumbojustice.blogspot.com/ and you can read about my writing process.
BUY LINK AMAZON