First stop on the Blog Tour and it's a pleasure to have R. Michael Phillips for a guest post!

What’s in a name?

You would think naming a character would be relatively easy task. We are surrounded by names of all sorts–heavy in regional or foreign origin; plain as the nose on your face; barely pronounceable; etc. So, what’s the big deal? The big deal is you most certainly want your character to be memorable to your readers and, perhaps, beyond. Maybe it’s the Dickensian spirit in me, but I believe the mere utterance of a name should conjure up a visual of the character it relates to, or at least give the reader a glimpse into what is to come. This is never more important than with supporting/tertiary characters.
When I do the character mapping for a supporting character in a book the last thing I pen is the name. I’ve found this to be the easiest way. Done right, the name almost presents itself. In Along Came A Fifer I had a tertiary character that, though only briefly presented in the book, had an important roll in establishing the character/motives of two of the main characters through sub-text. For this, his character description was of the utmost importance, and from there his name. He’s only briefly included in three chapters, but is mentioned by name throughout the book. For that reason he needed to carry his character along with him. This is where the right name comes in.

In my mapping of this character he is described as such:


He was a vile little man, devoid of friend and conscience. He was just short of five feet, but every inch meaner and lazier than the one below it. His character was as crooked as his smile, but he was well known in the London underworld as a source of information. Anyone wishing to extract that information from him did so with contempt and then made every effort to leave behind any recollection of the transaction. To say he read the daily papers is an understatement. He dissected them, line-by-line and word-by­-word. He could read an obscure article in the classifieds relating to a grieving woman’s attempt to locate a lost article, and by the time he was done he would know who had nicked it and how much they had gotten for it. Anyone else of questionable character would parlay this kind of knowledge into a handsome income, but to him, the gathering of information was nothing more than a hobby that filled his otherwise empty afternoons.
Women found him most unnerving, cringing at the sight of his lascivious glare and fending off his endless advances. They certainly wouldn’t have him over for high tea, but if someone nicked their silver tea service it’s a good bet he’d know where to take the fairy cakes. He very rarely left his flat in the church building, so a person would have no other choice but to inquire for him there. To anyone outside the murky puddle of villains he associated with he was just a rambling fool of little or no social value.
So, what would you name this character in keeping with the description above? It took about an hour of perusing the digital thesaurus, but I came up with what I thought best framed this vile little man–Maunder. First name? Last Name? It didn’t much matter, in the book he is just Maunder.

maun·der [mawn-der]
verb (used without object)
1. to talk in a rambling, foolish, or meaningless way.
2. to move, go, or act in an aimless, confused manner: He maundered through life without a single ambition.
Origin: 1615–25; origin uncertain

In the first book he’s there and then gone, but Along Came A Fifer is part of the Ernie Bisquets Mystery Series. Developing tertiary characters like this allows me to call on them again in future books to fulfill similar rolls.
Not all are this difficult to establish. In Rook, Rhyme and Sinker an old friend of Ernie’s gets himself into a bit of a jam. He’s a pick pocket/confidence man like Ernie, but still on the wrong side of the law. I called him Simon Railes. His street name is “Slippery”, Slippery Railes. That name came to me while listening to a weather report and the reason for the local train delays due to a surprise snowstorm. It isn’t hard to imagine his place among the characters. He’s returning in a new story, but that’s a post for another day.

Review of Passage of Crime:
A British background, a serial killer reminiscent of Jack the Ripper who returns after 8 years, the stubborn Inspector who is sure he knows who the Slasher is but doesn't have the evidence despite the help of the well-known man's valet, and the well to do Patterson who provided Ernie the opportunity for a new start make for a great cast of characters.  Amidst all the upper crust, Ernie makes his way and sets out to help the Inspector catch the Slasher, for a change on the other side of the constabulary.  He enlists some old friends (and their friends) that add just a bit more color to the characters.  Not to be forgotten, Phillips includes a touch of romance - for Patterson and for Ernie.  The story has all the required elements and the ending is a logical conclusion to the facts presented.  This is the third in the series; the range of characters lends itself to a continuing series. 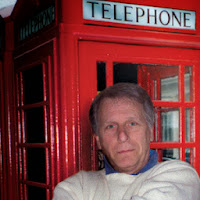 About the Author:
Michael is a classically trained artist who has been painting for over 25 years. By combining his creative talents with a passion for mysteries he conceived the fictional world of the East London Adventurers Club, home to The Ernie Bisquets Mystery Series. Michael has completed 3 books in the series and has plans for at least five additional books following the adventurers of London’s most remarkable pickpocket. Michael is a proud member of the Crime Writer’s Association and Mystery Writers Of America. His short story “Oranges and Lemons” was recently published in Suspense Magazine, January 2011